Chiyoda Ku lies near the center of Tokyo, but is one of the least populated wards. Chiyoda is not primarily a residential district, but a political and symbolic center of Tokyo. For this reason, Chiyoda boasts a workday population 20 times larger than the sleepy ward it becomes every evening. The closest American analogue to Chiyoda would probably be the National Mall in Washigton D.C., or perhaps Independence Hall in Philadelphia.

When Tokugawa Ieyasu brought the feudal lords of Japan under his unified control in 1600, he centered his new kingdom in Chiyoda Ku, at Edo Castle. The Tokugawa shogunate ruled from Chiyoda for nearly 5 centuries, until the Meiji Restoration of 1868, when the Emperor took back control of Japan. Edo Castle and its grounds became the Emperor’s residence, renamed the Imperial Palace. Today, some 15% of Chiyoda Ku is made up of the Imperial Palace, much of which is a beautiful and sprawling park. Located in such a wealthy area, during the Japanese housing bubble of the 1980s, the Imperial Palace was valued (incorrectly, it turned out) as worth more than the entire state of California! Other national landmarks in Chiyoda include Tokyo’s huge Hibiya Park, which was used for military drilling in the 19th century. Also located in Chiyoda Ku is the National Museum of Modern Art, the Jesuit’s world-reknown Sophia University, the Japanese Supreme Court, and the National Diet (Japan’s legislature). Chiyoda also hosts Yasukuni Shrine, dedicated to the Japanese war dead from 1868-1945, a site of great controversy but of as much national significance as the Tomb of the Unknown Soldier at Arlington National Cemetery in the US. In short, many of the symbolic and political features of modern Japan are centered in Chiyoda.

But, the Chiyoda ward is also a perfect symbol of how Japan closed itself to the message of the gospel. Christianity began growing in Japan in the 16th century, with perhaps 200,000 Japanese becoming Christians, most of whom lived along the coasts in Southern Japan. Nearly 1% of Japan had become Christian (a higher proportion of Christians than today!), and a the majority of the port city of Nagasaki was Christian. 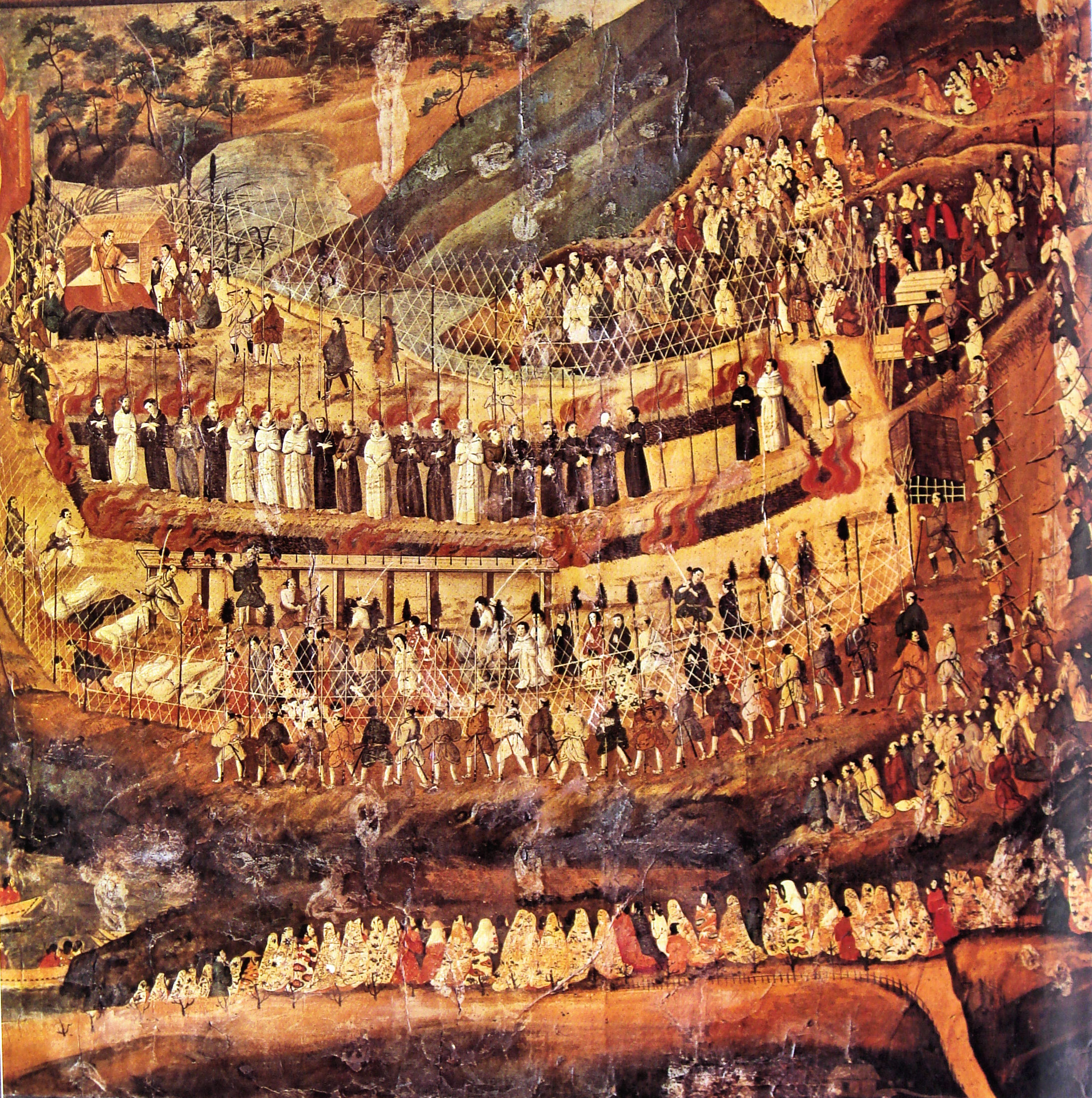 As Tokugawa Ieyasu was trying to unify Japan, he was unnerved by the growth of Christianity: first, it was a foreign religion that he didn’t understand or trust; second, since so many Christians lived in Southern Japan, Ieyasu worried that Christians would join up and oppose him. So, Ieyasu began cracking down, decrying Christianity as a dangerous foreign religion, and Christians–Japanese or otherwise–as enemies of the state. Ieyasu’s sons tightened these policies, and the Tokugawa shogunate became known for its inventiveness in sniffing out and executing Christians. With the shogunate fully established, the feudal warlords (or daimyo) who wanted to stay on the shogun’s good side quickly fell in line, working to eliminate Christians in their own lands. The Japanese government enacted this repression all the way down: rewards were given for snitching on hiding Christians, and if a single village failed to give up its Christians and the authorities found some, the entire village would be executed on the spot.

Essentially, the Tokugawa shogunate forged a new Japanese nation by creating a new enemy for the Japanese to fight together: Christians. When thinking about Christian martyrs, one probably thinks of Christians being fed to lions in the Roman Colosseum, or maybe Christians serving covertly in Islamic countries. In fact, the Japanese crackdown on Christians was probably the most effective destruction of a growing Christian movement in world history.

(For more, see http://www.patheos.com/blogs/anxiousbench/2014/02/destroying-japanese-christianity/.)
The impressive buildings, national monuments, and Imperial Gardens of Chiyoda Ku all speak of the rich history of Japan, but also hint at the darker truth: modern Japan grew from the soil of anti-Christian violence. Pray that God would unveil Christ’s love in Chiyoda, emboldening missionaries currently serving in Japan, and calling more Christians to go. Pray that Chiyoda, the site of the 1614 repression of the church, would become the site for an explosion of God’s grace, and a ward where Christ is worshipped as King.

On Mission For Jesus

Welcome to The Glossons, a podcast all about our life, ministry, and cultural insights as we serve here in Tokyo, Japan.