You are here: Home / Blog / Pray for Tokyo: Chuo and Minato

Chuo (中央区)
Population   115,000 (22nd)
Size            3.9 sq mi. (2nd smallest of 23 wards)
Churches     10
The Chuo ward is in the center of everything. “Chuo” literally means central. For the last 5 years, Chuo has had the most rapidly increasing population of any area in Japan. The Nihonbashi area in Chuo is home to many old shops as well as the bank of Japan. The Ginza area is known for its shopping and is home to many expensive stores, bars, and other entertainment. Finally, the Tsukiji/ Tsukishima area is known for its great food. Tsukiji Ichiba is the largest fishing area in the world and is a great place to get sushi. Tsukishima has many restaurants specializing in Monjayaki, a famous food in Tokyo that consists of various ingredients in a fried batter. The dish is said to have originated in Tsukishima.
Pray that with the increase in Chuo’s population there would be a far greater increase of the Gospel. Pray that the citizens and city goers would see the emptiness in their money and expensive shops and that they would find the fullness only available through Jesus Christ. 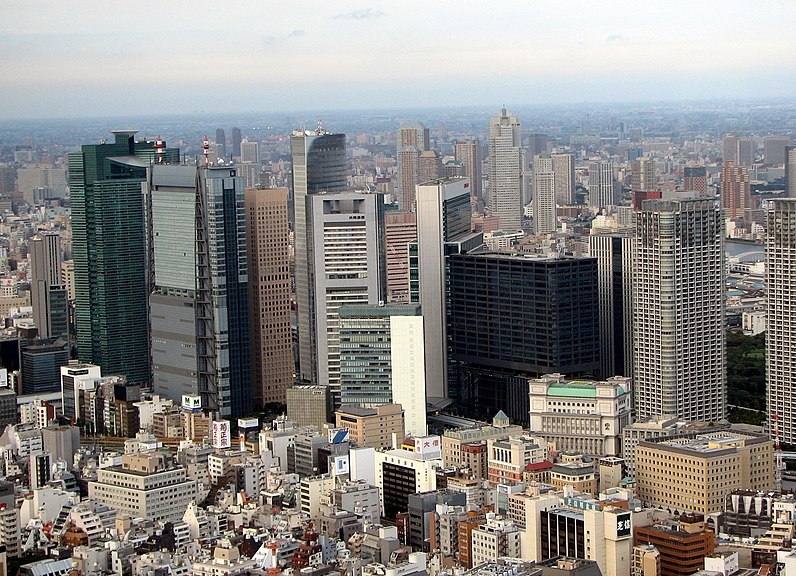 Minato (港区)
Population  215,000 (17th)
Size           7.9 sq mi. (12th largest)
Churches    32
Out of the 147 international embassies in Japan, 78 of them are located in MInato. The headquarters of many businesses are located in Minato as well, including Honda, Mitsubishi Motors, Sony, and Toshiba. Minato has the highest income in all of Japan. It also has a large divorced population and many single mothers.
The Shimbashi area of Minato is known as a place where businessmen come to drink. On any given night there will be many drunk men found there. In the Roppingi area, there are many sports bars to be found. The Roppongi area of Minato is known for being an international place where many foreigners come together.
Pray that the churches in Minato would be effectively sharing the Gospel to the city. Pray that God would be opening eyes and hearts to receive this message and that the citizens of Minato would see their need for a Savior